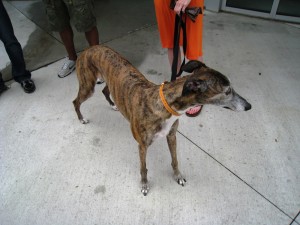 Please forward to Animal Control Facility Managers, Local Government officials, FEMA operatives, and anyone else involved in the recovery operations that may have some bearing on this issue.

There has been enormous loss of life. Once again, similar to Katrina, the Animal Rescue community is now faced with enormous amounts of displaced pets, separated from their families and homes, wounded, cold, hungry, scared, homeless, and now orphaned from beloved owners who may have been killed during the storm’s passage.

When rescuing these pets, please tag/label these pets as “Held for Owner Recovery/Displaced by Tornado Disaster”.

Please do not make them available for adoption by the general public until an adequate hold period has expired, perhaps one month at a minimum.

These are beloved members of families, not cast out strays that have been neglected. Treat these Pets like you would a lost child, and return it home.
Please extend Animal Control Hold Periods to accommodate the extended time lines necessary for recovery by the owners, given the dire and extreme circumstances.

When determining an appropriate Hold Period, consider:
–  1,000’s of people are actually in the hospital, and will be there for an extended period.
–  1 Million+ are without power today. How long will it take to restore basic access to power, much less shelter, clothing, a hot meal, employment? Who knows?
– These pets must be rescued now, lest they starve, are stolen, become food for coyotes, or go feral foraging for food.

I write this to ward off a repeat of what unfolded in the aftermath of Katrina, when good intentions of hard-working rescuers had an unintended effect. Many of the rescued pets were put into foster care. Instead of being returned to their original owners, they were adopted by new owners, sometimes 1000’s of miles away. Certainly, many rescuers would argue about the reasons why the pets were left behind. The fact is that the rescue movement carte-blanch, saved these animals from their plight, placed them into foster care, and also overlooked the fact their returning owners would be seeking their animals afterwards. We have seen the legal fights and the broken hearts.

This time around, let’s do whatever we can to return these pets to their owners. This time there can be no petty arguments and judgements about the intentions of the pet’s owners when it takes about 30 seconds for a tornado to rip your world apart with practically no warning at all. That is why people RUN for shelter during tornadoes. There is usually very little advance notice, unless you just happened to be tuned into the right channel at the right time to hear Emergency Broadcast Beacon. Even today, people are easily out of touch long enough to be taken by complete surprise by a tornado, much less over 100 of them of such awesome speed and intensity. There can be no argue. WE MUST ASSUME these owners want their beloved pets returned and are actively worried and seeking them as I write this letter.

A solution is relatively straightforward:

1- When collecting these displaced pets, closely note where the pet was found and document the location where possible.

2- Tag these pets as Displaced and give them longer owner recovery periods, up to one month versus the normal 5 day Hold Period such as we have here in Georgia.

3- Where resources are scarce for housing the rescued pets, place them in foster care, but with the explicit understanding that these pets are Displaced Pet fostered for “Owner Recovery”.

4- Please do not, under any circumstances take a Displaced Pet and put it up for adoption without a reasonable time frame for the owner to seek, find, and secure their pet. Do not Euthanize Displaced Pets. These are loved members of families, not cast out strays that have been neglected. Treat these Pets like you would a lost child, and return it home.

5- Do not transport the Displaced Pets out of the market, away from the area where the pet was found. If they do not remain in the animal control or humane shelter nearby where they were found, there is simply no chance for the Displaced Pet to return home.

SEPRR’s network is available to ALL Rescuers needing a place to promote their notices, especially for Transport!

Prayers and Good Hunting during your recovery and rescue efforts.