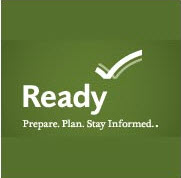 Sometimes, living in a large city like Atlanta, can make one forget about things like being prepared for a natural disaster. So we have them in Atlanta, yes we do!

It has already been 5 years, but in 2008, a tornado went right through Downtown Atlanta, causing severe damage to numerous buildings, including the Westin Peachtree Plaza where numerous windows were blown out. Later, the hotel had to completely replace all of the windows in the 50 story building so they would match.

Are you prepared for such a disaster? If you live in suburban Atlanta, tornados DO happen! So can flooding of local creeks from heavy rains. I’d say we don’t have to worry about blizzards, but do you remember the Winter of 2011 and ice skating on Peachtree Street? Did you make it to the store and stock up before the streets were ice, and stayed that way for like FIVE days?