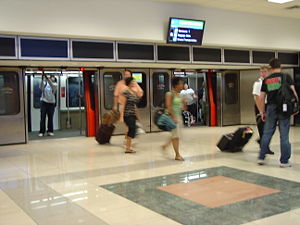 As I read stories about the development of mass-transportation projects, I’m often confronted with the question, “Will Georgia EVER get mass transportation, or will be just be left standing on the platform….that does not even exist?”

We actually missed the train back in the 60’s or 70’s when MARTA was being constructed. Individual county governments were allowed to decided if they wanted the system or not. As a result, MARTA only services DeKalb and Fulton Counties. When I say “service,” I mean where the actual trains run. Gwinnett County wanted nothing to do with trains coming to their pretty suburb. Ah Ha! Now what to do they have….a bus system of red buses I see each day bringing in the Gwinnett commuters to Buckhead, Midtown and Downtown. I think I recall they (residents) were surveyed and would NOW support a tax to pay for mass transit. Ah, sorry….you have been left at the station. The cost to build any more MARTA lines is now past any return on investment.

So, now, a train from Atlanta to Macon? Development of more urban-friendly communities where people can walk and leave those nasty vehicles parked? WOW, what a concept.

Let’s hope that this project will move forward. It could be a big boost to the South side of Atlanta all the way to Macon, and just imagine the jobs……something everyone needs right now.

Here’s a link to the article, Atlanta-Macon Commuter Rail as it appeared in Creative Loafing.