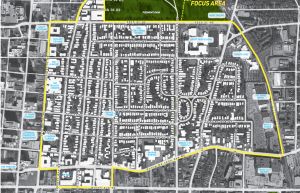 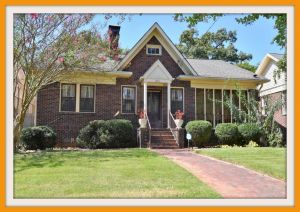 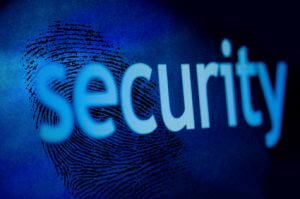 The company has developed technology that helps business protect sensitive personal data of employees and customers. (Maybe they could cruise up Spring Street and visit the Equifax office…they seem to need some help!)

As part of a $5M expansion, the footprint of OneTrust’s Midtown office will double. They plan to lease an additional floor in the Midtown Heights office building on Spring Street. The company was launched March, 2016 and is co-headquartered in London. Their software is in demand as the European Union and other regulators are working to protect the privacy of citizens with new laws.

Businesses are collecting more and more consumer data (seen those crazy ads pop up on Facebook right after you searched for a new car?) and this makes them cyber-hacking hot spots! Just ask Equifax, also located in Midtown…that just announced a massive data breach.

In the ABC article, “OneTrust’s growth is fueled by the macro trends of organizations collecting more personal data than ever before; IoT making this data even more sensitive; big data pressuring organizations to analyze and use the data in new ways; and consumer demand for additional privacy rights,” OneTrust CEO Kabir Barday noted. “All of this is putting pressure on organizations to think twice about how they protect the information they hold.”

OneTrust employees that may be relocating to Midtown Atlanta as new hires for the company will have numerous housing choices…from luxury apartments to high-rise condos.  The Midtown Heights Building is convenient to the Arts Center MARTA station. This area of Midtown is starting to see more construction that should bring dining options nearby. Those looking for more space in townhome living can look at exciting areas like Chamblee and Brookhaven for other options! Chamblee offers the most direct access to MARTA, making for an easy commute to Midtown.

MyMidtownMojo and Thomas Ramon Realty are ready to help the new employees of OneTrust find just the perfect place to call home! Contact us today at 770.713.1505 or just fill out the Contact Form and we will be happy to answer any questions you may have!

We often wonder who will occupy all these new apartments coming into the Midtown Atlanta area. Ahhh….here is one clue! 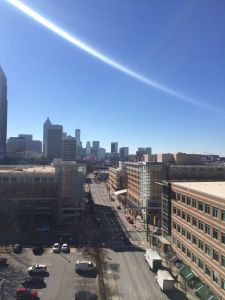 Accenture, a professional service company is planning a major expansion in Midtown…that will add some 800 jobs! The addition will happen in Tech Square’s Centergy building, where Accenture will add some 40,000 sq. ft. to their existing 33,000 square feet.

Part of the expansion — which will make the company the largest tenant in the 14-story tower — is the opening of a 30,000 sq.ft. “innovation hub.” The company has indicated they want to open 10 such centers by 2020.

The Atlanta innovation center will focus on programs like web and application development along with other IT services.

Employees of Accenture will have numerous housing options to consider! From several new luxury apartment towers to existing condominium buildings like Viewpoint, Spire or Plaza Midtown…all within in easy walking distance of Tech Square and the Centergy building.

If you are an employee, and need help finding a new home here in Midtown Atlanta for your new position at Accenture, give us a call. Or complete the form below and will be in touch with you as soon as possible. We look forward to making your move to Midtown Atlanta as easy as possible! 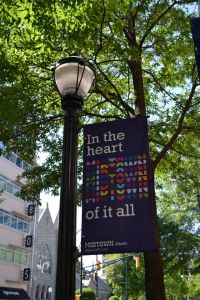 As I’m on the streets of Midtown Atlanta daily, and especially when I’m on a balcony of a high-rise building, I can certainly look back and remember when __________(fill in the blank) was a vacant lot. But when you talk with a prospective buyer who has never been in Midtown before, they may not realize just how much it’s changed.

Just like train or a car that need an engine to power them, so does economic development. One of the ways this can happen is through a community improvement district (CID). Midtown happens to call theirs the Midtown Improvement District. What’s so important about this?

A CID is a mechanism whereby the property owners agree to self-tax themselves in order to fund infrastructure improvements to a certain area. They establish the boundary and then work to improve that area. (This is a very simplistic explanation of what a CID is. (The Midtown Alliance has more information on their website)

What Has The Midtown Alliance Done in Midtown?

And there are social events to engage the residents. Active social media presence on Facebook and Instagram to keep tabs on what’s going on!

In just a 1.2 square mile where the Improvement District functions, look at all that has happened… 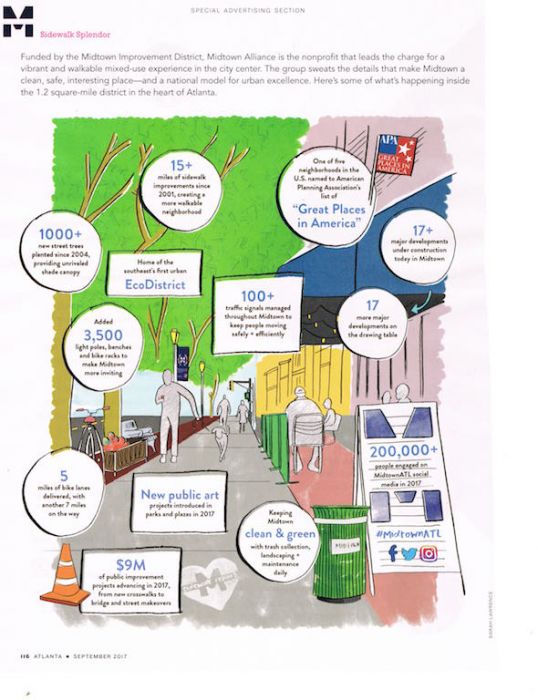 Well gasp! Not EVERY crane in Midtown Atlanta is a rental apartment building. (Mind you that is probably 75-80% of them!) One of those cranes is on 14th Street and belongs to the AC/Moxy Hotel Midtown Atlanta! 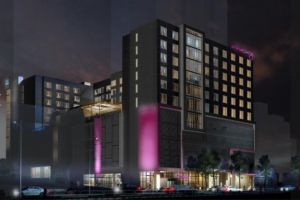 I think I missed getting photos of this parking lot before the construction started on the parking lot between the Four Seasons and the Marriott Suites hotel. But as Curbed Atlanta has reported, we are starting to see columns rise as this hotel gets under way! This unique hotel combo concept is being developed by Noble Investment Group and is a $70 million project!

As reported in the Atlanta Business Chronicle, this will be the first ever combination of the two hotels. The AC Hotel is a contemporary European-inspired property while Moxy is aimed at the Millennial traveler with lower priced rooms and smaller in size. AC will have 155 rooms and Moxy will be 133.

Look to see guests checking into this cool space sometime in 2018.

The hotels will share an amenity deck with a rooftop pool and bar! (I like the sounds of that…’cept for the hotel bar pricing?) Maybe it will be a new hot spot in Midtown!

You can learn more about Moxy Hotels HERE! And you can see the long list of properties scheduled to open, including locations like Minneapolis, Denver, Nashville and Washington, DC…just to name a few!

Check out more information about AC Hotels HERE! Lots of locations in the U.S. including Phipps Plaza Buckhead and Downtown Atlanta for a local view. (Reminds me…I need to pop into one of these and do a follow up report, don’t I?) 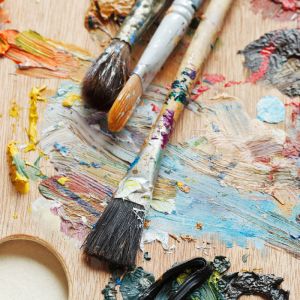 You have to love a neighborhood/community like Midtown! Always something about something, and new things coming for all angles. Now, let’s look a Midtown to Add New Art Experiences….

Spinning Rock to Spin Out of Town

The big spinning rock at the corner of 10th and Peachtree is about to make it’s exit to head Out West! For the last three years, the corner  has been a constant source of curiosity and amusement for all who discovered the 22,000 pound boulder that spins with a push. A new sculpture will arrive in June….no indication of what it will be…but it too will have a 3-year residency.

Colony Square and Hambidge are providing artists twelve empty retail spaces to turn into art studios and performance spaces. Totally awesome!!!! Check out their website for what’s coming to this space!

Last year, Midtown Alliance worked in collaboration with the High Museum of Art, their artist-in-residence Jaime Hayon and MARTA to enhance its plaza-turned-“Porch” at Arts Center Station. Through the partnership, Midtown Alliance commissioned site-specific art inspired by exhibit “Tiovivo”, and added a public piano, seating, additional lighting, a bike repair station and Little Free Libraries. Building on The Porch’s success, Midtown Alliance is working again with the High Museum to bring Hayon’s new “Merry Go Zoo” piazza installation from The Woodruff Arts Center campus to Arts Center Station. Hayon is creating a custom, interactive “Shadowmaker” sculpture, featuring a bench base and topped with a hooded figure holding an umbrella-like shade. The sculpture will be installed in June, providing a whimsical focal point in the plaza as well as more seating and shade. Check here for updates on the new installation + events throughout the summer that will be hosted at “The Porch.”

(This paragraph is directly from the Midtown Alliance)

Come on out and see what Midtown is all about….and if you’d like to call Midtown Atlanta home….. 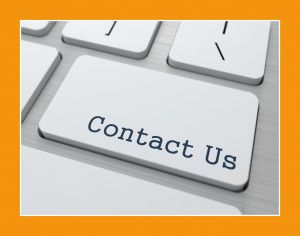