Another residential tower is on the rise in Midtown Atlanta…and a “tower” it will be at 39 stories! And it now has a name!

The vacant corner at 14th and West Peachtree (and including up to Spring Street) has long been surface parking lots, as pictured here.

It was first reported back in May, 2014 that The Related Group from Miami had the 2.2 acre site under contract. The complete development calls for two phases, and the first phase, now under construction will be some 39 stories tall with 390-400 residences, with the interior of Apogee Midtown bening designed by Michael Habachy of Habachy Designs.

Another exciting exterior element of the building will be a 95′  by 63′ mural on the building, also by a local artist, HENSE (Alex Brewer) At a prime corner like 14th and West Peachtree, this will be a building that will sure to be noticed!~

Announced back in 2015, the other awesome part of the building will be a flagship Whole Foods Market, which may occupy as much as 60,000 sq.ft. and be the largest store for the organic food supermarket chain in the metro Atlanta area. Plans are calling for a 2018 opening!

And check out the video below about this exciting company, Related Group. 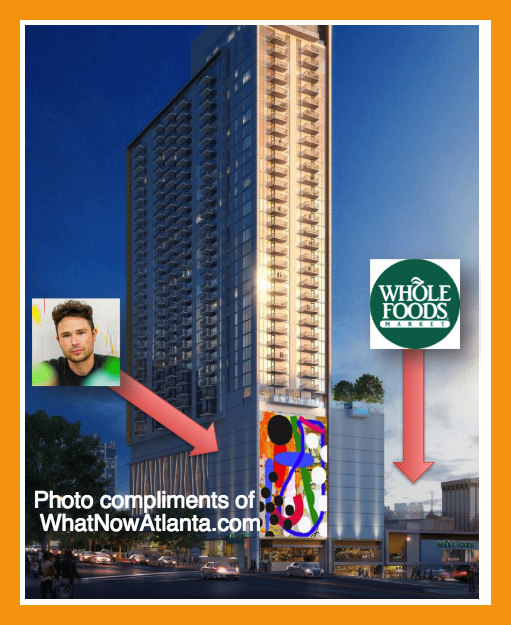 I was at the Design Review Committee Meeting (DRC) of the Midtown Alliance when this project was first presented.

The website, What Now Atlanta featured these renderings of the building proposed for the corner of 17th and Peachtree Streets. Keep in mind, this is NOT THE VACANT corner that exists and is owned by Dewberry Capital, but the corner where the TSW Architects office is. Think the Ansley Park side of the street! Shreek!

This new development calls for 45 stories which would make it quite a landmark building on Peachtree Street and in this area! The lower building pictured to the left will be 11 stories.

The initial proposal calls for 190,000 square feet of office space, 12,000 sq.ft. of retail, 206 “residences” and 140 hotel rooms. One would hope for condominiums that would be “for sale” but recent trends point to all rental inventory in Midtown!

This end of Peachtree Street has seen little development, with the exception of the current One Museum Place that is under construction. Most of Peachtree Street in this area is occupied with existing buildings that would NOT be ripe for a tear down and build like this corner is. And then, there is the empty Dewberry lot….that remains….

Let’s keep a watch on this one and see what happens! 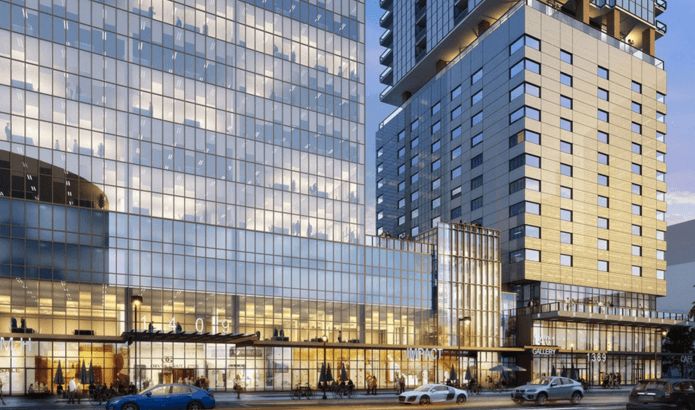 Today, I was working to clean up old emails that I had saved. Like from a YEAR ago! Subjects that I have wanted to blog about, but have never gotten around to! Many were no longer relevant, and others I can still work with.

One of those was a virtual fly over of Midtown, leading to Atlantic Station. If you’ve wanted a bit of a Bird’s eye view of the area, this is pretty cool. 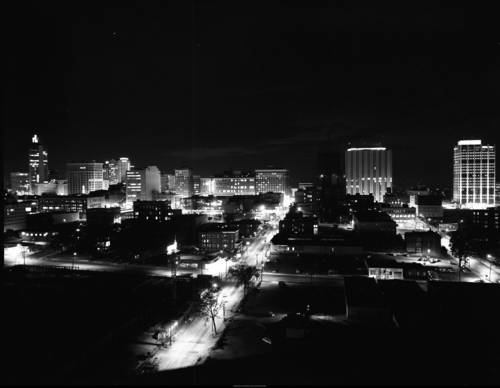 Atlanta’s landscape is ever-changing, and that’s not a recent development. It seems that nothing stays the same for very long in our city and you can see that in these photos taken from above, some from airplanes, some from tall buildings.

If you new to Atlanta in the last few years, you might appreciate these photos that show some of the changes Atlanta has gone through over the years. Probably the most dramatic are those in 1961 of the I-285 construction and the then simple clover-leaf that is now Spaghetti Junction! Amazing photos! The red arrow on the lead in picture is the 10th Street Bridge! WOW! 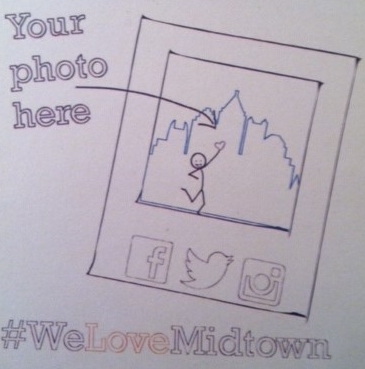 Pretty much all of us have got a smart phone in our pocket with a camera. Taking pictures of those special moments, that awesome looking plate from your favorite restaurant, a skyline picture…you name it.

Well Midtown Alliance would like you to share YOUR Midtown moments! The photos you share on Facebook, Twitter and Instagram…tag them with #WeLoveMidtown. Your photos will be entered into a prize drawing (no details given about the prize OR the drawing..but hey a contest, you bet!)

By posting these photos, you are giving Midtown Alliance permission to use those photos in collateral material and such. But hey, it will still be on YOUR Facebook, Twitter or Instagram page/account. 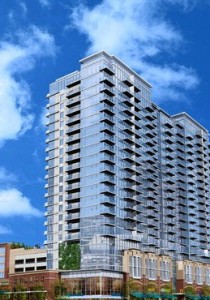 Well it seems that construction cranes will soon be part of the Midtown Atlanta skyline once again! Yippie! Two Luxury Apartment Towers are planned for Midtown Atlanta. And oddly enough, on the same side street off of Peachtree Street — 12th Street!

Daniel Corp (Birmingham, AL) and Selig Enterprises, Inc are set to break ground next month on an $82 million glass tower which will feature 20 stories, 330 homes and condominium-like amenities. Located at 77 12th Street, it’s the next phase of the massive 12th & Midtown development started by the same group. Plans for the 17 acre development stalled after the construction of the Loews’ Hotel, 1075 Peachtree (office tower) and 1010 Midtown Condominiums. Daniel Corp has leased out some of the unsold condominums as Midtown Atlanta condo sales have skidded.

This new construction is a good thing for Midtown Atlanta an several fronts. “Atlanta got caught up in the condo boom, but there’s a shortage of market-rate apartments,” said Steve Baile, Senior VP for Daniel Corp in an article in The Wall Street Journal. “We thought it was time to test the market.” I’ll agree with that one.

Secondly, new construction in an area is a signal that things are improving. And there is a shortage of rental units in Midtown Atlanta. Most people looking to rent in the area must rely on private rentals in condominiums buildings. Most all of the Midtown buildings are at rental capacity (HOA’s restrict rentals to 20-25% of the homes in the building). There are but a few major apartment complexes in the Midtown area. And those buildings run a 7.2% vacancy rate. 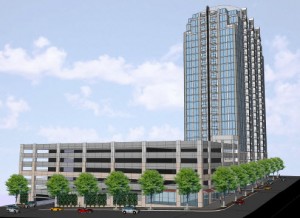 A second apartment tower has also been planned by Novare Group, made most “famous” for their condominium projects of recent such as Viewpoint, Spire, Metropolis, The Atlantic and Twelve Atlantic Station….just to name a few! Novare’s Sky Tower will sit on 12th Street, between West Peachtree and Spring Streets. Those plans call for a 23-story building with 320 homes. Their plans also call for retail space along 12th Street.  If you’ve walked through this area, you know it needs some serious sprucing up, and BOTH of these buildings may very well help spur other businesses to open in this somewhat desolate part of Midtown Atlanta. All of the previous developments have focused on Peachtree Street, or close proximity.

Daniel Corp is planning to rent apartments starting at $1500 for a one bedroom and $2200 for a 2-bedroom. I’ve found some challenges in getting potential tenants to pay those kinds of rates in current Midtown Atlanta condo buildings, so it will be interesting to see if the proposed rates are indeed “market rates.”

Construction cranes have already returned to Midtown. A crane towers over the site of the new Hilton Garden Inn/Homewood Suites that is going up at 10th and Willams (Downtown Connector).