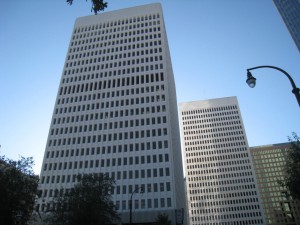 I have said many a time walking through the “mall” at Colony Square in Midtown Atlanta….”what a waste of space.”  I guess someone finally overheard my conversations with myself!

Colony Square to Take The Roof Off With Renovation

North American Properties ( think rework of Atlantic Station and the amazing suburban Avalon fame) along with Lionstone Investments closed this week on a $170 million purchase that will redevelop Colony Square and says it will take the roof off the retail core. i.e. The Mall. 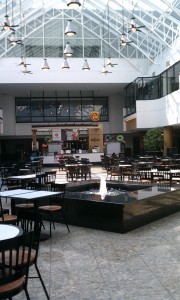 Located at 14th and Peachtree Street, this point in Midtown has often been called the heart of Midtown and the densest part of Midtown Atlanta. The complex includes two office towers with over 700,000 square feet, some 160,000 square feet of  retail space, along with the 467-room W Midtown Hotel, and Hanover House and Colony Square Condominiums.

“Over the decades, the Midtown neighborhood around Colony Square flourished while the iconic building became sleepy and tired,” Mark Toro, managing partner of NAP, said early Wednesday. “ On July 4, 2018, the 50 th anniversary of Colony Square’s groundbreaking, we will celebrate the grand opening of the reimagined Colony Square. We will engage with the city, with the street and with pedestrians, and it will fundamentally change the experience of living and working in Midtown Atlanta.”

In the same fashion that Toro reached out to the Midtown Atlanta community after they purchased Atlantic Station, the development team is seeking feedback from the community as well as known urban design experts the likes of Jeff Speck, author of Walkable City and Fred Kent, founder and President of Project for Public Spaces. The team is again using social media to gain this input, using the hashtag — #ReimagineCS.

“We are extremely pleased to have Colony Square as the second investment in our new value add fund,” Lionstone Investments Senior Vice President Tom Paterson said in the release. “We look forward to working with NAP to re-engage the project to the street level and provide a truly differentiated use environment in Midtown. Our goal is to create something that is truly irreplaceable at the corner of 14th and Peachtree.” 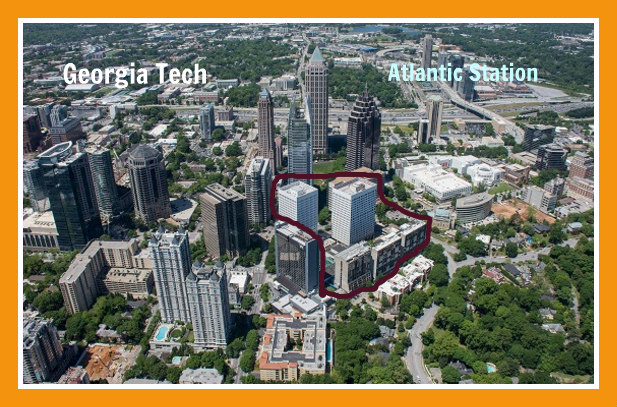 “As with our other mixed-use projects, we will curate the right tenant mix, layer in resort-inspired hospitality and exceptional experiences, to significantly and positively impact the value of the development,” Toro said. “Our first step is to listen to the community stakeholders and guests as they are integral to the transformation. We look forward to premiering Colony Square – the Sequel.”

Now, they sort of misunderstood what I was saying. I often thought that the indoor space just needed to be re-worked to be a great shopping/dining destination that would be in air conditioning for the Hotlanta summer heat, and heated when Midtown gets a bit chilly. But if the Atlantic Station turnaround, and Avalon are any indication of what this team plans to do to Colony Square…then I can hardly wait! Let’s get the camera out and be ready to capture the transformation!

Listings on this website come from the FMLS IDX Compilation and may be held by brokerage firms other than the owner of this website. The listing brokerage is identified in any listing details. Information is deemed reliable but is not guaranteed. If you believe any FMLS listing contains material that infringes your copyrighted work, please click here to review our DMCA policy and learn how to submit a takedown request. © 2021 FMLS.
Data last updated: 9/25/21 4:42 PM PDT.