Once upon a time, lodging options in the Midtown area were pretty sparse. You either went luxury or almost nothing else. Fast forward to 2018, and you have numerous hotels to choose from, and several new options on the horizon. Embassy Suites Atlantic Station will be one of those new options.

Horizon Hospitality Management has filed a permit application with the City of Atlanta for a 10-story high rise building, next to The Atlantic Condominiums at 200 17th Street. The photo to the right shows what I think will be the location of the property, based on the renderings provided in an article at WhatnowAtlanta.com. There is a possibility the site could be next to the tennis courts that are alongside The Atlantic.

Details mention 175 rooms taking up some 145,020 square feet and potentially a “high end steakhouse” fronting 17th Street. Hmmmm…steak. Designed by Mike Clifford of the Atlanta-based firm of LPBC, the project could break ground later this year and be ready for guests by 2020. (Remember, 2000 and we thought how is that possible, and now we are talking about 2020!!!!)

While North of the campus, this hotel would be another option for guests and parents visiting Georgia Tech.

Below is a rending of the proposed Embassy Suites Atlantic Station, as well as a couple site photos I snapped today. We’ll be keeping an eye on this one!

Currently, the only other hotel at Atlantic Station is the Twelve Hotel. 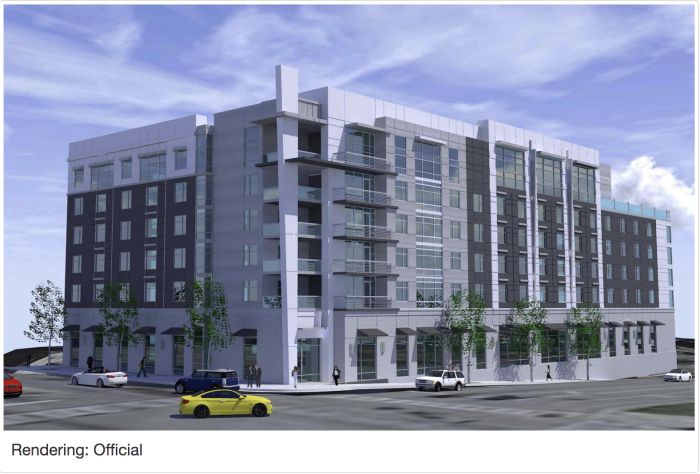 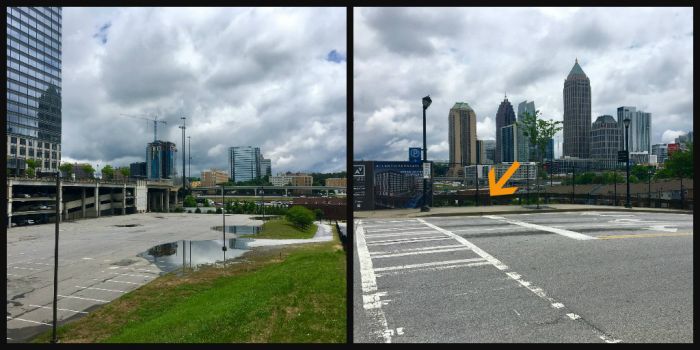