The film industry in Atlanta is taking off! There are several movie studios already here, and others are in the planning stages. Atlanta (and Georgia’s) climate, along with great tax incentives is quickly turning Atlanta into the “Hollywood of The South.”

Thursday, January 27, 2011 from 6-9pm, the Get Connected Film Industry Meet Up will be at one of my Midtown favorite restaurants, Gordon Biersch Brewery.

If you want to know more about the film industry in Georgia, as well as make some connections, this would be the place to be. 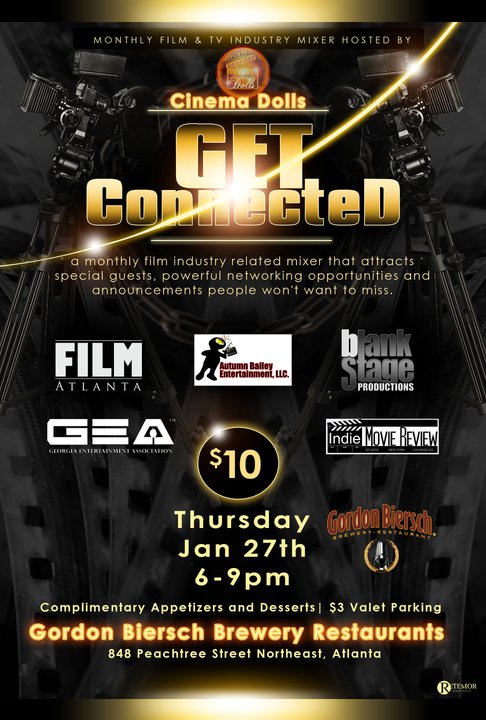