A sad, but VERY important story from the AJC about a local police officer that was hit alongside the road during a traffic stop.
IT IS GEORGIA LAW when you see an emergency vehicle alongside the road or freeway that you are to move one lane away (left or right depending on where it is) if at all possible, or  SLOW DOWN!!!! Imagine this being your husband/wife/significant other…… 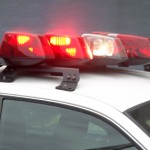 Cobb County police officer Andrew Singleton saw the headlights coming toward him, but there was nowhere he could go.

“The only thing I could do was jump,” Singleton said at his Marietta home Monday night. “I jumped and tried to get on top of the car, but I didn’t make it.”

Singleton doesn’t remember the impact. But he remembers hitting the ground. And now he’s got the fractured wrist, foot and knee to prove it. Doctors believe he could have additional injuries, too, such as tendon damage, Singleton said.

Singleton was hit late Thursday night by a suspected drunk driver as he was getting back into his patrol car following a traffic stop. Monday evening, he spoke with reporters for the first time about the incident.

“I’m doing about as well as I can be doing,” said Singleton, who sustained multiple injuries when he was struck.

That driver, Irving Alicea, initially continued driving north on Cobb Parkway, but was stopped about 20 minutes later. Alicea was arrested and charged with driving under the influence of alcohol, failure to move over for an emergency vehicle and felony hit-and-run. The 40-year-old, who was not injured, was released Friday morning on $30,000 bond, jail records indicate.

Singleton, a 30-year-old father of three, said he wanted to let people know that injuries like his could be avoided if drivers obeyed a law already in the place.

“If you see an emergency vehicle stopped on the road, you’re supposed to move over one lane, or be prepared to stop,” Singleton said. “If we have that lane, it’s so much safer.”

Singleton, who has been a Cobb officer for nearly eight years, said he is planning to return to his job, but he’s not sure when that will happen. Until then, he’s grateful that his injuries aren’t more severe and hopes drivers can learn from his ordeal.

“Police officers are fairly normal people,” he said. “And if you move over and give us that lane, we can come home.”

— Reporter Pete Combs, with AM750 and now 95.5FM News/Talk WSB, contributed to this report.