While this was announced back in September, it looks like “better plans” have come forth as the developer, Paces Properties has officially filed plans for the 63,000-square foot redevelopment mixed-use project at 519 Memorial Drive, SE. 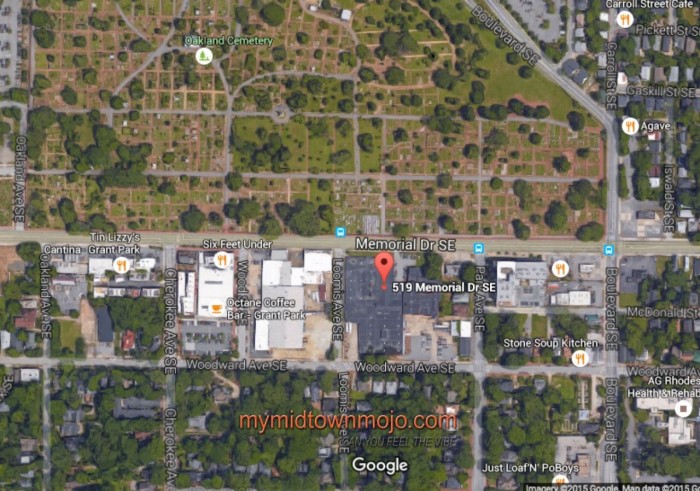 Paces Properties is the same developer behind the popular Krog Street Market, and is also working on the Atlanta Dairies building just down the street from this location. According to the plans filed: 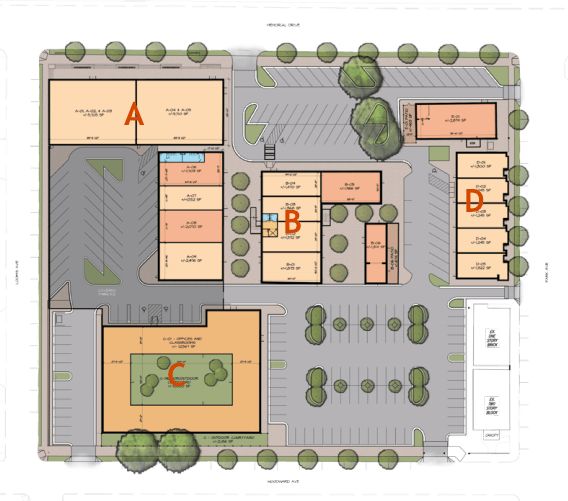 Spaces available will range from 1,245 to 16,000 square feet. Paces is currently looking for tenants such as a dry cleaners, nail salon, daycare, medical, hardware along with various retailers and office tenants.

What do they hope Larkin On Memorial will accomplish?  The goal of the center is to serve the day-to-day needs of our neighbors in the Grant Park, Ormwood Park, Cabbagetown, Reynoldstown, and East Atlanta neighborhoods. Combining the convenience of a practical shopping center with the warmth and hospitality of a familiar, family-friendly neighborhood establishment, Larkin is seeking tenants who will oer a range of essential, everyday services and provisions for households in these flourishing Eastside neighborhoods from dry-cleaning to daycare to quality groceries and dry goods.