In October, 2014, 404 Studio Partners, along with Rooker, an Atlanta-based real estate development and construction company announced a partnership to build a purpose-built film and television studio facility at the site of the former Shannon Mall (also called Union Square) in Union City, approximately 19 miles South of Midtown Atlanta.

We have created this page as well as a Facebook Page, Living Near Atlanta Metro Studios for individuals and businesses looking for more information about the studio. In particular, for those individuals that may be looking to relocate to the Atlanta area, we want to help you with information about real estate in the area around the studio, or Midtown Atlanta.

As we write additional articles about the studio, it’s construction and the area surrounding the studio, we will post links on this page, so you may want to bookmark it and return to check on updates. 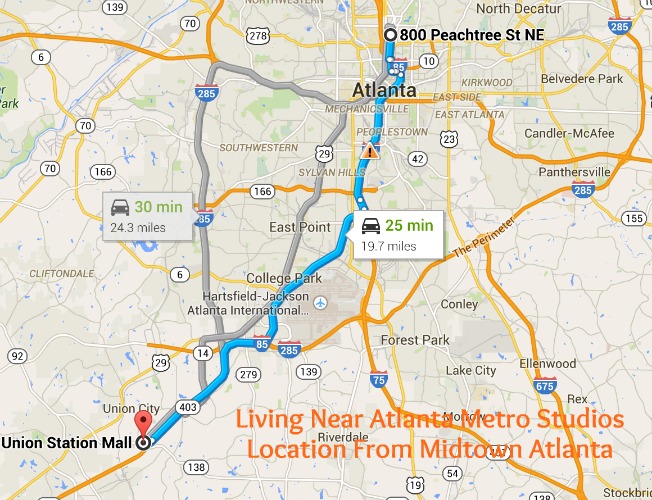