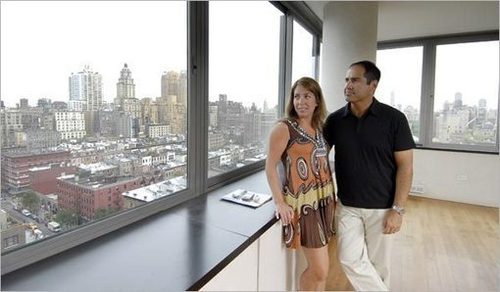 WHEN Jon and Susan Ashley move back to the United States from London next summer, they want their children to have the usual perquisites of suburban living. They will move into a sprawling two-story home where their twins, Zack and Alec, 11; their daughter, Sophie, 6; and their month-old son, Dylan, will have their own bedrooms and a separate playroom.

But they won’t be in Greenwich, Conn., or Armonk, N.Y. The Ashleys will move into a 31-story Upper West Side condominium, where they have bought three apartments that they are combining into a six-bedroom, 4,200-square-foot duplex.

Mr. Ashley, 41, said he wanted his family to live in Manhattan because he works such long hours at a private equity firm that he would see his children less if he had to spend more time commuting.