Mass Transit in Georgia. Will We Ever Get It?

When I say “will we ever get it?” I’m referring to both if it will ever happen, AND WILL it ever happen? I’ve been putting off this blog for sometime, and will try to keep it short….but since many of our Atlanta commutes are not….. 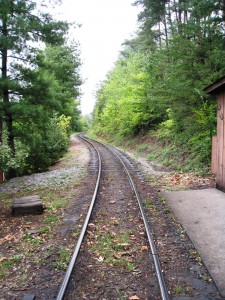 I feel like in so many ways, Atlanta has already been left standing on the train platform, and the train is long gone. How’s this? I think much of the problem of mass transit in the Metro Atlanta area comes from a lack of direction. Unlike cities like Charlotte or Houston (both I just recently visited and will mention in a moment) have most, if not ALL of the city limits within ONE county. Atlanta has a 15, yes, FIFTEEN COUNTY metro area! What does that mean? Yeah, 15 ideas on what should or should not happen, or what we do or don’t want to participate in! Needless to say, with that kind of organizati0n, what can you expect.

A history of the Metropolitan Rapid Transit Authority (MARTA as we all know it now) is far to long to include in this post, but you can certainly read about it here. Needless to say, the problems began way before there was ever such a thing as Alpharetta or Mall of Georgia…those places were country..and then some. Fears around the state that funding would be simply for Atlanta kinda shows the lack of planning vision the entire state had at the time.  Can you imagine a high speed train to Athens, Augusta, Macon or even Savannah? I guess that was outer space talk back then.  The above mentioned article further goes on to talk about how it went from numerous counties down to just Fulton and DeKalb agreeing to pay for MARTA.  And oddly enough, while this discussion was taking place back in the 1050’s and 60’s, it was 1973 before the state legislature established the Metropolitan Atlanta Rapid Transit Overview Committee. The first part of the North-South Line opened in 1981, the last (and probably final ever piece) opened in December 2000.

So, let’s fast forward to today. It’s still a mess. I’m not even going to say I understand all the politics involved…because of course that’s probably the primary reason we’ve never got mass transit, and probably never will. Costs have now become so expensive to build, who knows if we will ever see anymore of this type of construction.

And our lack of planning for it has lead to costly losses when it comes to future funding. In January, 2010 an article appeared in the AJC, North Carolina Invests, wins rail money; Georgia Doesn’t where North Carolina won $545 million in transportation funding as part of President Obama’s high speed rail stimulus. Georgia got a whooping $750,000. Yes, you read that right.

Ok, so what do Houston and Charlotte have to do with this? A recent return visit to Houston ( I had not been there since 1996) just blew me away. Driving down freeways to and from the burbs with HOV lanes (mind you only 1) either between the freeways, or in many cases, elevated above the freeways! What a concept!! I mention only one lane, as they funnel traffic into the city center in the morning and out again in the afternoon. Another problem Atlanta has had is it’s multiple business centers (Cumberland/Galleria, Perimeter, Buckhead, Alpharetta, Gwinnett, etc) that have people living in Cobb and working in Gwinnett and living in Fayette County (yeah…get there in a minute) and working Buckhead. So you’ve got Atlanta commuters looking like a fire ant pile that has been stirred up…going every which direction. Additionally Houston has a light rail system running from Downtown, out through their Midtown, then onto the Medical Center.

Onto Charlotte where they have a light rail system that too helps bring people into Uptown Charlotte.

But, here in Atlanta, we continue to fight the concept. Just last month, an article appeared in the AJC that the Peachtree City Mayor is leading a charge for Fayette County to succeed from the 10 county Atlanta region over the possibility of being forced to pay for transit like MARTA.  The Atlanta region is scheduled to vote on a sales tax referendum for transportation in 2012.  And it took the legislature 4 years to come up with this referendum

Come on Atlanta and Georgia! We NEED transit. We need a regional transit system and we need it….ah, yesterday.

Mass Transit in Georgia. Will We Ever Get It?

Here’s a video about MARTA and it’s 30 years in the making….