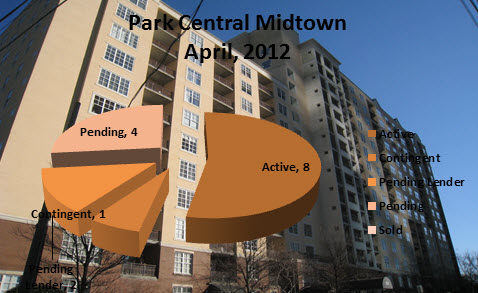 Park Central Condominiums are located on Juniper Street, between 12th and 13th Streets. This building was converted to condos in 1999 and is the ONLY Midtown Atlanta condominium building (except for the Four Seasons) that has an INDOOR and OUTDOOR pool!

One home is Pending Sale with a Contingency. This is usually for appraisal, financing or perhaps due diligence. It is $128,000.