Viewpoint Midtown Atlanta might be called the crown jewel of the Novare buildings that were built during the condominium building race in Midtown. (Novare built buildings all over Atlanta). It certainly seemed to evolve from their other buildings to get the finishes in the homes stepped up, and the amenities level a “one-of-a-kind” in Midtown Atlanta condo buildings.

Just like most of the condominium buildings in Midtown, Viewpoint is starting to see prices climb, especially for two bedroom homes. 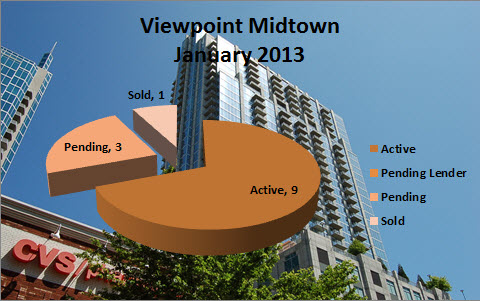 In January, there were just NINE homes listed For Sale in the building”

Buyers that sit on the fence and wait to buy will pay for it in higher prices at Viewpoint Midtown Atlanta.