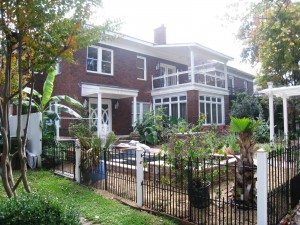 The Midtown Tour of Homes, a fundraiser that began in 1971, was last staged in April 2011 and had typically always been held during the same April weekend as the Dogwood Festival in Piedmont Park.

The Midtown Tour of Homes was combined in 2011 with another MNA fundraiser, Shop and Dine Week, as the volunteer neighborhood organization and Midtown Alliance combined to launch the “Celebrate! Midtown” festival in April 2011.

Shop and Dine Week, which offers people discounted meals at Midtown restaurants, started in 2006 and previously was held in November before shifting to the spring last year.