Another big event is about to desend upon Midtown Atlanta….Music Midtown!

Set up for the 1-day music concert is well under way at Piedmont Park. And we all know that major events in Piedmont Park mean parking and traffic challenges for Midtown residents. The larger impact of such events is usually felt by the residents of Historic Midtown more so than the Peachtree Street residents, but it is noticable all the way around.

Attendees to Music Midtown are strongly encouraged to take MARTA to the Midtown Station and then walk to the park for the event.

This line up for Music Midtown  is a pretty impressive one:

Music Midtown has various streets partially closed and areas of Midtown Atlanta blocked to resident-only traffic. Here’s a map of the details. 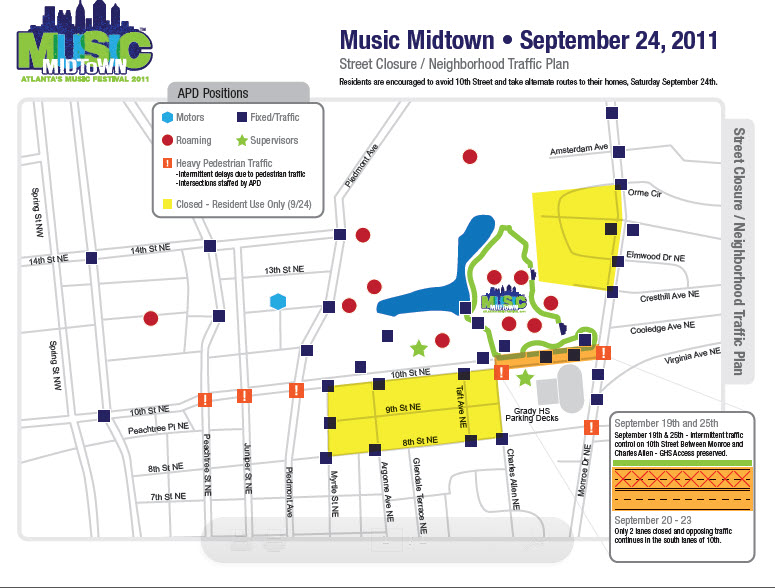