There is never a lack of interest, or desire to live, work or build on the Beltline! That is evidenced by the recent announcement by Portman Holdings, LLC who has just purchased a prime little corner at Irwin Street and the Beltline!

The company purchased the site, a little more than 1 acre for a mere $5.5 MILLION! It closed May 9th, according to a story in the Atlanta Business Chronicle.  Portman, known for their major hotel construction will seek to build a “cool lifestyle boutique hotel” on the site. While still to early in the planning stages, 145-170 keys are being proposed. The company is talking to hotel brands not found in the Atlanta area, and the article also mentions a food an beverage and event space.

One might recall that a hotel was proposed for the site back in 2015, but that deal, with Beltway Investment International, Smart Hotels, LLC, and Hospitality Ventures Management Group never moved forward.

A second hotel ( or maybe it was first?) is also proposed as part of the New City LLC project that is next to the Historic Fourth Ward Park. That project could break ground later this year.

We’ll update this article with some on-site photos, but the photo BELOW shows the location of the new hotel. 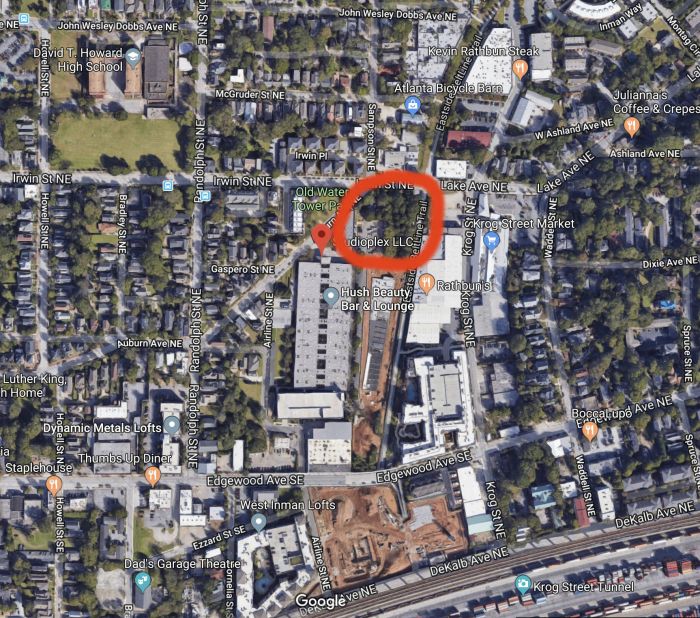