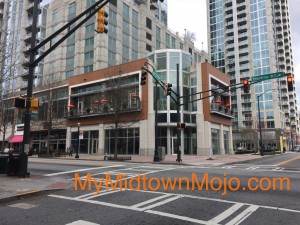 The prominent retail corner in Viewpoint Midtown, at 6th and Peachtree Streets will soon premier a new concept for the company at the Midtown location. Similar to 7-Eleven stores, the “just-the-convenience-store” concept is something that QT has been working on in its long term strategy.

QuikTrip has launched a new version of its suburban gas/convenience stores that feature an in-store kitchen with breakfast sandwiches, pizza and other hot items. A conversation with an employee at a QT on Chamblee Tucker Road in Chamblee said the Midtown store should have the same thing.

What will be interesting to see, is what impact this has on the original go-to store, CVS Pharmacy, located just across the street. While they have more grocery-type items, certainly the offerings of a QuikTrip are sure to make a dent in the opening and closing of their front doors!

A pass by the location shows work well under way on the remodel of the space, said to be around 3,500 square feet.

A late spring/early summer opening is planned, and in QT fashion, the location is scheduled to be open 24 hours. A normal QT looks much like this…. 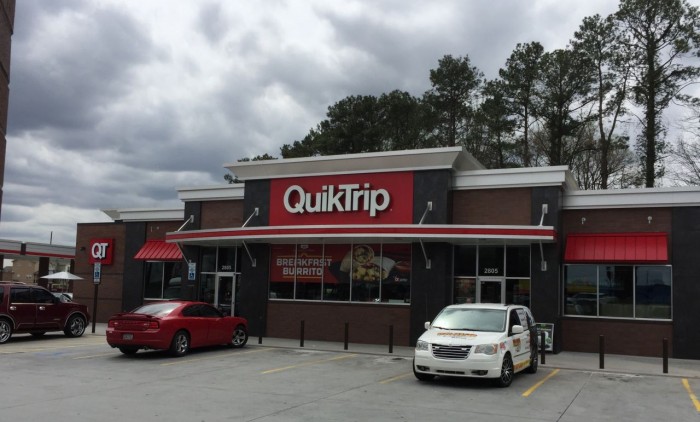