I love creativity. I love “out-of-the-box” thinking. And quite frankly we need more of it in Midtown Atlanta. When we do finally get a great idea, it’s only because somebody else has done it. Shipping container construction is a perfect example. But alas, we are catching up to other cities like San Francisco! 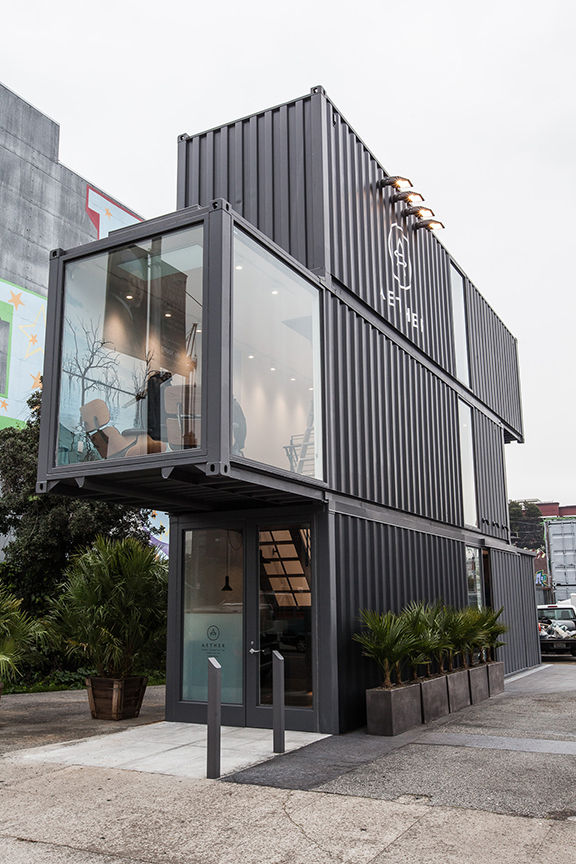 Yumbii, who also helped launch the food truck industry in Atlanta (another one that has taken off in other cities LONG before it started in the ATL) will now be the pioneer in using a unique form of construction for a restaurant at 10th and Peachtree Streets…a shipping container.

As I mentioned, the trend is well underway in cities like San Francisco, New York and London. this picture shows an amazing use of three containers for the Aether’s high-end apparel store in San Francisco! I mean, how cool looking is that space!!!

Yumbii’s restaurant is proposed for the 10th and Peachtree corner where a new pocket park has just been developed on the mostly empty lot owned by Dewberry Capital. The plan is to expand their food truck menu and have breakfast, lunch and dinner. In an article in the Atlanta Business Chronicle, Yumbii owner Carson Young said the concept is a “natural fit” for the Atlanta BeltLine, since the restaurants can be placed on unusal pieces of land, that might not work for a bricks-and-mortar building, or not be accessible by food trucks.

Indeed, this type of construction could really add a cool, hip edge to the Atlanta Beltline, and also give anyone from restaurants to small retailers a much less expensive way to open small stores.

Come on Atlanta (meaning developers, zoning people and such) let’s catch up and BE the cool place we long to be…..I hope we see more and more of these unique containers appearing around Intown Atlanta and Midtown West!