I always like to talk Atlanta Transit News! No doubt, Atlanta is a MAJOR metropolitan area with a MINOR transit system. I don’t say this to scare anyone if you are looking to move to Atlanta, but you just may want to consider where you live and where you work and what your potential commute to and from work could be!

Case in point….an article I saw on Brookhaven Patch, talks about the future growth of the Atlanta area, and specifically mentions Forsyth County, which is North of Atlanta, accessible by GA400 or GA 141 (Peachtree Parkway). Cities like Johns Creek, which IS in Forsyth County (and borders North Fulton County) passed a resolution that they DON’T WANT MARTA coming to their city. Seriously? Yet this very article talks about Forsyth County being the fastest growing county in ALL of Georgia in 2014-2015! And it projects that the area will see a 58% increase in population growth between now and 2030!!!!

I’m here to tell you…all them cars are NOT going to fit on an already clogged GA400 coming in or going out during commute times!

But I subscribe to the Citizens for Progressive Transit newsletter, which always has good information about transit and what may be happening in our city.

You can read the Citizens For Progressive Transit newsletter here.

The City of Atlanta will be looking to get some new transit projects going with the legislation approved by the Georgia General Assembly this past Spring. The big challenge Atlanta is having with transit (well besides the fact that we can’t seem to get people to VOTE FOR IT….) is that to run rail lines now, will involve displacing homes and businesses. It’s a shame the routes were not laid out years ago and protected from development, but that did not happen. So now, many options are directed towards bus rapid transit as a way to get people around. 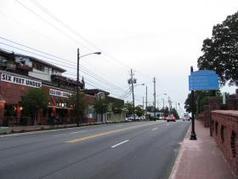 The street that stretches from downtown Atlanta to Stone Mountain may get a new look. Atlanta City Council member Natalyn Archibong is leading the effort

Things can change, but some can stay the same too….preserving some of the “classic” things of an area like Daddy D’z is an important part of a neighborhood and we should be careful not to “run them out of town.”

Well, this comes as no surprise to me. I’ve been selling the Midtown Atlanta lifestyle for some 9 years now. I’ve seen most of the condominium buildings I sell in every day rise from vacant lots and old buildings. So, to hear that Creative Loafing has named Midtown Atlanta Best Neighborhood to Live in Without a Car…well I would expect nothing less.

That said, if you do have a car, you can still live in Midtown! You may only need it for getting to and from work if you work elsewhere in the city. Living in Midtown has great traffic advantages as most of the time, and directions, you are going against the traffic flow. As the suburbanites pour into the Midtown and Downtown office buildings, you can easily head in the opposite direction. But once you are home, toss the keys in the bowl (we all have a bowl for our keys by the door, right?) and let your Nike’s do the walking.

Creative Loafing says, “This sky-high ‘hood boasts all you need for transit-/walk-/bike-friendly living: a Publix to keep your stomach full and a smorgasbord of bars to keep your liver constantly under attack; three convenient MARTA rail stops (North Avenue, Midtown, Arts Center); nearby culture at the Woodruff Arts Center and Fox Theatre, among other spots; and one of the city’s best greenspaces, Piedmont Park.

Exciting things keep coming to Midtown Atlanta as the not-to-distant opening of Ponce City Market comes, as well as the opening of additional parts of the Atlanta Beltline, which crosses Midtown at Piedmont Park and again over at the Ponce City Market and Old Fourth Ward Park.

Come on down! Experience urban living like it was meant to be. Experience Midtown Atlanta! 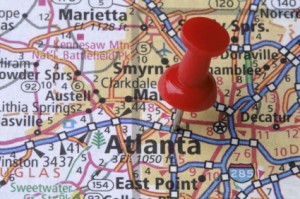 Now of course they did not take this poll of people at 4pm on the Downtown Connector on a Friday, right? 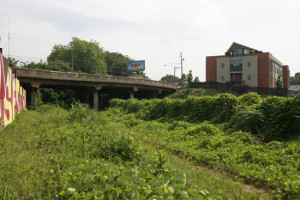 The city of Atlanta will receive an $10 million grant from the U.S. Department of Transportation (USDOT) to develop 2.5 miles of the Atlanta Beltline in the southwest corridor, according to Atlanta Mayor Kasim Reed.

The grant is a “tremendous step forward” in the Beltline corridor, a former freight-rail line that has been unused for the past 30 years, said Reed in a press release. The project will include construction of shared-use trails, trailheads and access points, and preservation of the future streetcar transit corridor.

“The Atlanta Beltline is one of the most transformative projects ever undertaken in our city’s history,” said Reed.

The TIGER V grant will cover about 42 percent of the project’s $43 million cost. 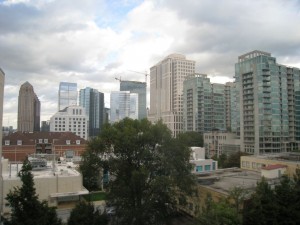 The Midtown Alliance has received a Living Centers Initiative (LCI) Grant to study and design potential enhancements around transit stations. According to the LCI website from the Atlanta Regional Commission:

The Livable Centers Initiative (LCI) is a program that awards planning grants on a competitive basis to local governments and nonprofit organizations to prepare plans for the enhancement of existing centers and corridors consistent with regional development policies.

In a seminar a couple years ago, I heard from a major urban planner (his name escapes me at the moment) about how Atlanta’s transit system stations lacked the vitality that many cities have. In other words, they were a train station and nothing else. Quite true when you think about a MARTA station. There is no interaction at the station level, of which all of them are underground. But if you go to other major cities, they have small shops, retail, etc. around the stations.

I suspect this plan will involve street-level enhancements of some kind.

It will be interesting to see what comes out of this study and what changes will be made in Midtown Atlanta.