905 Juniper is a great boutique condo building at 8th and Juniper Streets. Boutique means just 117 homes! If you are looking to buy or sell in this building, then we need to ask the question, What’s My 905 Juniper Condo Worth?

905 Juniper has held its value well all through the market downturn, but prices have risen here too.

If you’re looking for homes for sale in 905 Juniper, or thinking about selling your 905 Juniper condo, this post should provide you the detail you need to make an informed decision. But nothing is better than sitting down and talking about the market, your home, and what we can do! Please give us a call for more information or if you have further questions.

Currently, there are just three homes For sale in the building.

Under Contract we have a unique 3 bedroom home

Information about the homes listed For Sale in this report are below.

Please note: if a red box appears below in place of any homes For Sale at 905 Juniper, it simply means there are NO homes listed For Sale!  Also be certain to check the status of each listing as it may already be Under Contract or SOLD! ( Some listings may appear that are not located in THIS community as they are from another community with the same name!)If you are interested in buying a home in 905 Juniper, please contact us at 770.713.1505. We can set up a New Listing Alert to notify you as soon as a home comes on the market! 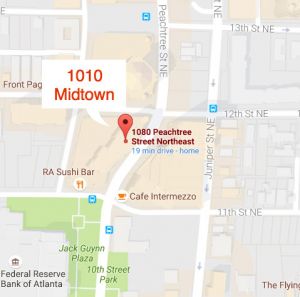 1010 Midtown Atlanta weathered the market downturn well! When the market was soft, the developer held firm on pricing and rode out the downturn. As a result, prices have remained strong, and have increased in 1010 Midtown. Let’s look at the numbers. 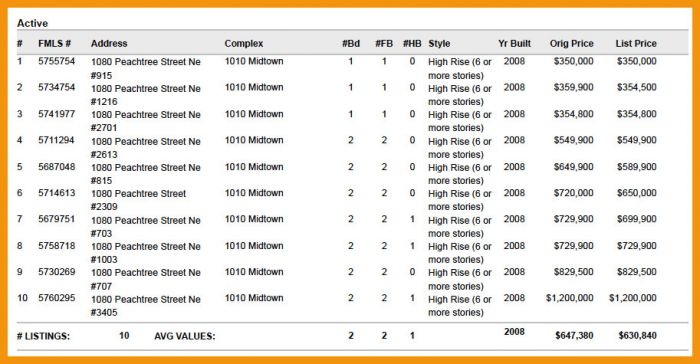 To put the above list prices in perspective to other Midtown High-rise condos, a 2 bedroom at Metropolis,Spire or Viewpoint would be in the $379,000 to $460,000 range.

Just two homes currently listed as Under Contract for this report…and for Solds….

1010 Midtown is part of the overall 12th and Midtown development project brought to us mostly by Selig Enterprises along with Daniel Realty. Residents have numerous restaurants within a couple block radius of the building, along with Bank of America in the building. Across the street, your guests can lounge in luxury at the Loews’ Midtown Atlanta Hotel.

If you are looking for homes for sale in 1010 Midtown Atlanta, or you are thinking about buying a home in this building, we hope you will find this Market Report helpful. But nothing is better than sitting down over a cup of coffee and really learning what your real estate goals are, whether buying or selling. And we’d be happy to do that!

Plaza Midtown is another condo favorite for buyers in Midtown Atlanta. With a Publix Market in the building, you never have to step outside to get your groceries!!! How cool is that? But, the question at hand is….

How Much is My Plaza Midtown Condo Worth?

Plaza Midtown consists of two identical towers, atop a parking podium and amenities deck on the 6th Floor. This building offers 1 and 2-bedroom floor plans.

For September, 2016, we have 5 one bedrooms and 2 two bedroom homes currently listed For Sale.

There are just 2 one-bedroom homes Under Contract and scheduled to close.

In looking at the homes that sold in September, we see two important points to look at. 1) Two of the three listings sold at, or ABOVE their list price and, 2) the Total Days On Market are short indeed!

If you are considering buying or selling in Plaza Midtown Atlanta, we can help! Not only are we former residents of the building, but we have been selling Plaza Midtown since….Give us a call at 770.713.1505 and we can discuss how to have your condo in that SOLD box above! 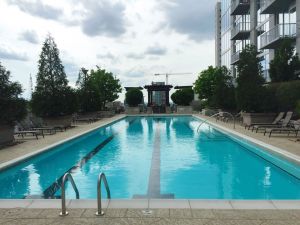 If you are considering buying or selling in Viewpoint Midtown, give us a call. We have been selling this building since pre-construction, and have all the floor plans and details about this building.

The current inventory in Viewpoint Midtown is heavy on the two-bedroom side! There are currently 9 homes listed For Sale. (Buyer Beware….some listings that say 2 bedrooms may really be a 1 bedroom with a den! They can serve as a bedroom (if they have closet) but you will most likely only have ONE parking space!) 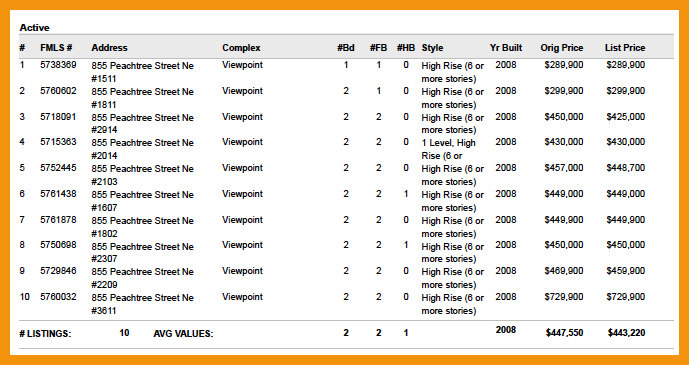 As you have probably heard from anyone you know in real estate, be it a real estate agent or someone selling or buying, the market is moving fast and homes don’t stay on the market long. But if you look at #2506 below it showed a rather long time on market. Further investigation showed it had a tenant in place that really wanted to stay there, so the Seller looked for an investor to purchase. (Side note….if a condo at Viewpoint Midtown has a tenant in place at the time of the sale, the leasing permit will TRANSFER to the new owner!)

For the most up-to-date-market information about Viewpoint Midtown, we urge you to contact us! We can assist you with all aspects of buying or selling in this Midtown Atlanta condo building, or in other condo buildings in Atlanta!

Our Buyer clients are placed on an instant notification system when any new Viewpoint Midtown homes come on the market, or if there are any price reductions on current listings.

Information on this page is based on information on homes for sale in Viewpoint Midtown in Atlanta per the First Multiple Listing Service, and is deemed reliable but, not guaranteed. 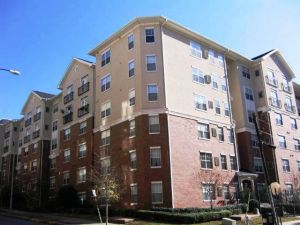 Cornerstone Village has long been a “value” option for Midtown Atlanta condo buyers! This is due in part to the community being divided up into 4 buildings, and not having a 24 hour concierge. But, if you purchased in the building post housing crash, then you may be amazed at What’s My Cornerstone Village Condo Worth?

What’s My Cornerstone Village Condo Worth? 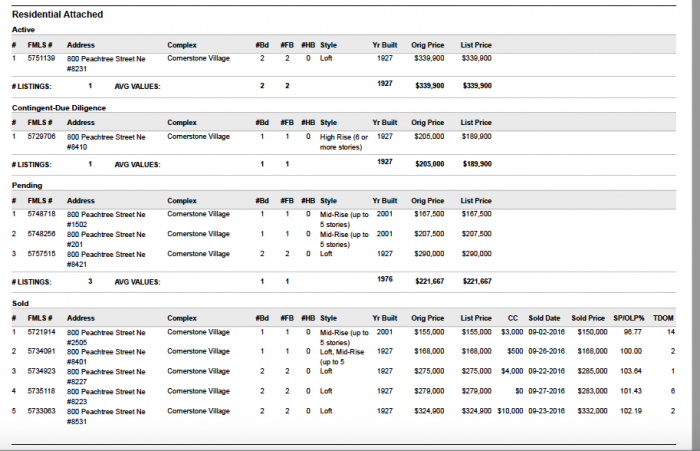 Cornerstone Village has been a popular choice in the past for parents of GATech students! But with the increase in prices in this building, it has quickly become less of an option for them to consider.

Have You Been Thinking About Selling Your Cornerstone Village Condo?

While this information can be helpful in making that decision, there is no better way than to just sit down across the dining room table and talk about the market, our marketing strategy and how we can help you get your condo SOLD! If you are thinking about selling your Cornerstone Village Condo, give me a call at 770.713.1505. I’d be happy to meet with you and answer any questions you may have. 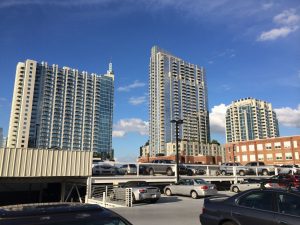 Not your typical Midtown Atlanta Market Report. I was just curious….how many condominiums have gone Under Contract in the Midtown area (Area 23 according to the FMLS stats) in the last 60 days?

Not sure if you would consider this a high number or a low number…but given the fact of the minimal new construction, most of the sale have to be resales, with the exception of some higher price points which take you into some new townhome developments in Old Fourth Ward, the number is….

And here’s the breakdown of the rest by dollar amount:

Then you look at the number of sales that are OVER $600,000. 21 homes may seem like a large number in 60 days, but several of these sales were in new construction communities like Highland Park, Square at Glen Iris and The Edge on Lucy Street. The Edge only has 4 units, and 3 of them went Under Contract in the last 60 days! Interesting!

How long were these homes on the market? Again, today is May 17th, 2016 (in case you find this report at a later date!) and we see listing dates as far back as September, 2015. But then others have late April listing dates.

Location, location, location still plays a major factor in real estate. We are in a hot Seller’s market with limited inventory, so the Seller is in the driver’s seat on many fronts. Yet, you can find listings that have been on the market for as long as last August. but the majority of them have gone Under Contract in 30-60 days from the listing date.

To see the complete report of the Midtown Atlanta Market Report, May 2016, click here.

Listings on this website come from the FMLS IDX Compilation and may be held by brokerage firms other than the owner of this website. The listing brokerage is identified in any listing details. Information is deemed reliable but is not guaranteed. If you believe any FMLS listing contains material that infringes your copyrighted work, please click here to review our DMCA policy and learn how to submit a takedown request. © 2021 FMLS.
Data last updated: 11/27/21 2:36 PM PST.