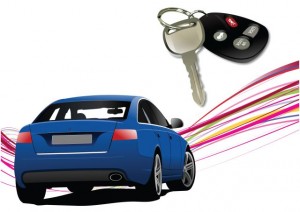 Or, on a chain around your neck.

Put Your Car Keys By Your Bed

Tell your spouse, your children, your neighbors, your parents, your Dr’s office, the check-out girl at the market, everyone you run across. Put your car keys beside your bed at night.

If you hear a noise outside your home or someone trying to get in your house, just press the panic button for your car. The alarm will be set off, and the horn will continue to sound until either you turn it off or the car battery dies.

This tip came from a neighborhood watch coordinator. Next time you come home for the night and you start to put your keys away, think of this: It’s a security alarm system that you probably already have and requires no installation. Test it. It will go off from most everywhere inside your house and will keep honking until your battery runs down or until you reset it with the button on the key fob chain. It works if you park in your driveway or garage.

If your car alarm goes off when someone is trying to break into your house, odds are the burglar/rapist won’t stick around. After a few seconds, all the neighbors will be looking out their windows to see who is out there and sure enough the criminal won’t want that. And remember to carry your keys while walking to your car in a parking lot. The alarm can work the same way there. This is something that should really be shared with everyone. Maybe it could save a life or a sexual abuse crime.

Here’s another idea….if you have an elderly family member that lives alone, this is another great life saver. You’ve all heard of the alert system you can pay for and their tag line, “I’ve fallen and I can’t get up?” Well this is somewhat the same thing. If they are in their home and fall, or have a medical emergency, they can hit the panic button on their car alarm, and it will start going off.

Now, might be a good idea to pass this suggestion to your neighbors so they will know, but, think about it, if a car alarm was going off on your street for an extended period of time, would you not either go check on it, or call the police? I know I would.

Tonight, Put Your Keys By Your Bed.

Atlanta City Councilman Michael Julian Bond is partnering with the Atlanta Bicycle Coalition to promote bicycle safety. Bond is donating bicycle lights for the annual “Let’s Get Visible” initiative followed by a bicycle “Tour de Lights” on Friday, Dec. 14. He and members of ABC will hold a news conference in Woodruff Park at 6 p.m. to promote the annual initiative.

Bond, chairman of the council’s public safety committee, decided to donate 200 lights to ABC’s effort to ensure that all Atlanta area cyclists in need of a light have access to one. Bond will distribute the lights to ABC volunteers, who in turn will pass them along to cyclists they encounter in need during evening hours.

Georgia law requires a front white light and rear red light or reflector, but too many cyclists lack the proper lighting to be visible to drivers during winter months, when they are more likely to ride in dark conditions. While cycling is a safe activity that can add years to one’s life, being seen is key to avoiding a crash. This initiative focuses on distributing lights to those who would otherwise be riding in the dark without them, especially low-income riders and students.

Volunteers riding in pairs or teams approach bicyclists riding without lights to offer a light donation. Recipients are first surprised, then grateful that the city and a nonprofit take such an interest in their safety and well-being. The Governor’s Office of Highway Safety (GOHS) contributes to this project by funding the Atlanta Bicycle Coalition’s safety, education, and awareness raising activities. GOHS strives to make Georgia’s roads as safe as possible.

Following the light distribution, cyclists will take off for Mobile Social’s Tour de Lights bike ride throughout the city, touring some of the best holiday light destinations in Atlanta. The ride will end at Westside Octane Coffee.

Friday’s event is part of ABC’s bimonthly Mobile Social, the organization’s largest group ride that take place the second Friday of every month. The aim of these Mobile Socials is to recruit more people on bicycles, explore the city, and to support local businesses.

Sadly, the only “bike” I ride is in a gym. But this story just inspired me….and I think I just might be bike shopping soon!  Ah, then it will be the bike rack on the car…..then…wait…I’m getting carried away here! First things first!

Michael Tyler, Atlanta City Council contributed the content of this story! Thanks Michael!

Did you know that 23.6% of women and 11.5% of men reported at least one lifetime incident of intimate-partner violence?

Donate Your Old Cell Phone to HopeLine with Verizon Wireless

Verizon Wireless created HopeLine, its phone recycling and refurbishing program. Victims of domestic violence and the organizations who support helping these people benefit from this program. 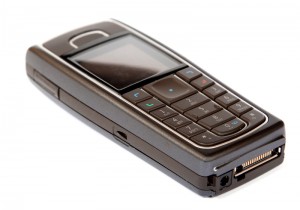 How Does HopeLine Work?

How Can I donate my old phones?

Well, actually…just hang onto them for a bit longer. MyMidtownMojo will be launching a recycling program in 2013 in Midtown Atlanta and you can help us help victims of domestic violence.

Stay tuned for more details about the phone drive! But in the meantime, here’s a few words that will inspire you!

Via Scoop.it – Other Atlanta News Events

Drivers in Midtown Atlanta could soon see more green lights thanks to a $1 million federal grant, which will be used to sync the traffic lights.

You know! You’ve been there. You go one block and BAM…another red light! Midtown Atlanta is about the only part of Atlanta (except for Downtown) where there is a grid system to the streets, and lights could be better programmed. That said, so much of the traffic is either going North or South….this will be interesting to see how it all works.

But really, a MILLION dollars to do this? Maybe we all need to become traffic engineers. Is it to late?
Via www.wsbtv.com 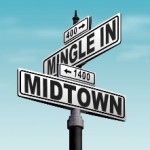 Living in an urban area always requires you to be aware of your surroundings. It’s just a simple fact. Heck, I do it even in the burbs! I’m always watching if someone is walking behind me, close to me,standing around, etc. And it’s great to see when a neighborhood comes together for safety. Well, and an adult beverage can’t hurt, right? Welcome Midtown Neighbors’ Association’s (MNA) Mingle in Midtown and Shining Light Walk! This edition will take place THIS Tuesday, March 20 from 7-10pm at Cypress Pint and Plate, located at 6th and Cypress streets, just behind Cornerstone Village and Spire Midtown!

My friend and owner, Billy from Cypress Pint and Plate will do his usual finest with munchies and drink specials. Then, at 7:30pm the 2nd Shining Light Walk will commence. Beginning at 7:30 (not much time for an adult beverage…I’d arrive at 6:30pm myself) the walk will head to Myrtle Street, 4th Street and then back to Cypress Pint and Plate.

This type of event is designed for a couple of reasons. One, to bring the neighbors out of their condos and cottages of Midtown Atlanta to meet and two, to show anyone thinking about commiting a crime in Midtown Atlanta that you’re being watched!

I’ll be there and look forward to seeing you all there as well. Be sure to say Hello! 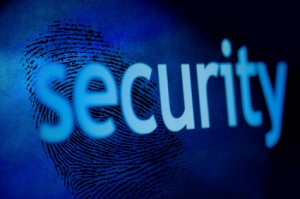 You learn about news and things happening in the strangest of ways nowdays! I even get news from myself. What, you say?

I’ve created a Twitter “newspaper” if you will, called The Midtown Atlanta Monitor. It is created from various people I follow on Twitter, so the content is determined by what is tweeted out by the people I’ve choosen as contributors. Needless to say, I have a disclaimer as sometimes….well….most of the time it’s all good stuff.

There is another great source for Midtown Atlanta info that I follow closely, called Midtown Patch. Amy Wenk, Editor, does a great job on getting the scoop of what is happening in Midtown. In fact, I think I need to start following her around. So, a Letter to The Editor prompted this post. Here is a portion of that letter:

“I was dismayed this afternoon to see a local catering company tweet four access codes, saying they worked at most gated communities in Atlanta. The tweet also noted he had mentioned it a year ago so this is clearly a continuing “share.”

Holy crap, pardon my French!!! Did I just read what I think I just read? Here is a link to the rest of the letter.

Atlanta condominium communities have varied levels and types of security systems. More modern highrise buildings have security systems and 24-hour Concierge such that access to the building is pretty secure. Even if you lost a key fob or access card, it can be quickly de-activated to keep anyone from using it. Elevators have controlled access, so either a code is needed to ride the elevator or again, a fob or card. Other communities may just have a gate to the parking lot. And some of these gates can have one access code that can easily be passed along….and along….and along. 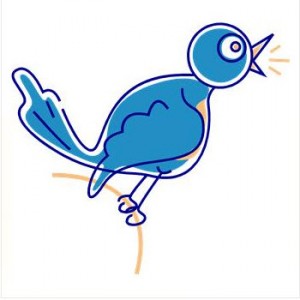 One of the many reasons people choose to live in a gated community or controlled access building is for the added security. But, if residents give out codes to outside service people (like this catering company) you’ve just created a breach in your security. How do you know where all that code is being passed to and to whom?

For your security and safety, you should NOT give out codes to vendors or service people. If you have a cleaning service, pay for, and get them their own access card that will let them in the building, but only to your floor. Or arrange to have a key release with the Concierge for them to have access to your home, and the Concierge will be responsible for letting them into the building.

You pay a monthly home owners association fee of which part goes to pay for the security. Don’t let your safety get “tweeted.”