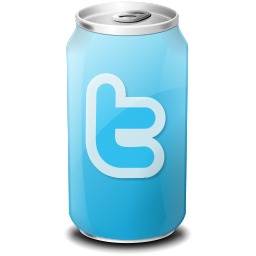 I can remember when I FIRST got on Twitter in Atlanta! It was already a big thing on the West Coast. I searched for people to follow, and there were like 300 people in Atlanta. REALLY!!!! How Big is Twitter in ATL now?

The expanded bird house (a.k.a. data center expansion) will cost upwards of $300 million in facility build out and servers, computers and other electronic equipment, according to The Atlanta Business Chronicle.

Now, as a real estate broker, I’m all about location, especially when it comes to describing where someplace is. The Atlanta Business Chronicle article references this data center in DOWNTOWN Atlanta. I’m thinking….1 MILLION sq.ft in Downtown….WHAT building would that be?

Ah, my good friend and trusty helper, Mr. Google Maps gave me a different persepective. The Data Center is actually located WEST of the Georgia Tech Campus and close to the King Plow Arts Center. I’d be a bit more inclined to call that Midtown West, don’t you think?

Whatever the case, Atlanta is a bigger technology hub than most people realize! Two of the country’s largest fiber routes interconnect in metro Atlanta, resulting in a built-in, high-tech ecosystem for data centers, creating the Southeast’s largest concentration of telecom companies. Google, Hewlett Packard have a presence here. Companies such as Advanced Micro Devices and ByteGrid are opening data centers in Suwanee and Alpharetta.