New building announcements are flying around Midtown Atlanta! Most all of them are exciting, but….the big question always is, Will they really happen?

A new 14th Street Triple Tower project has been proposed by a group of New York developers. And this is no small project! Located on 14th Street, the project would be developed on the site that was once to be the new Atlanta Symphony Hall. (You probably have driven up and down 14th Street and hardly noticed this little 3-4 acre site behind the Symphony Building ( a.k.a 1180 Peachtree) and across 14th Street from The Four Seasons Hotel. 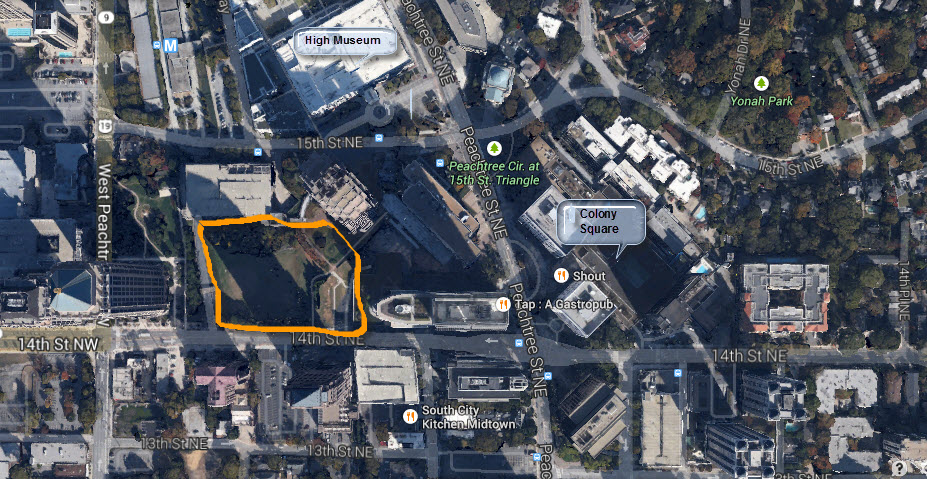 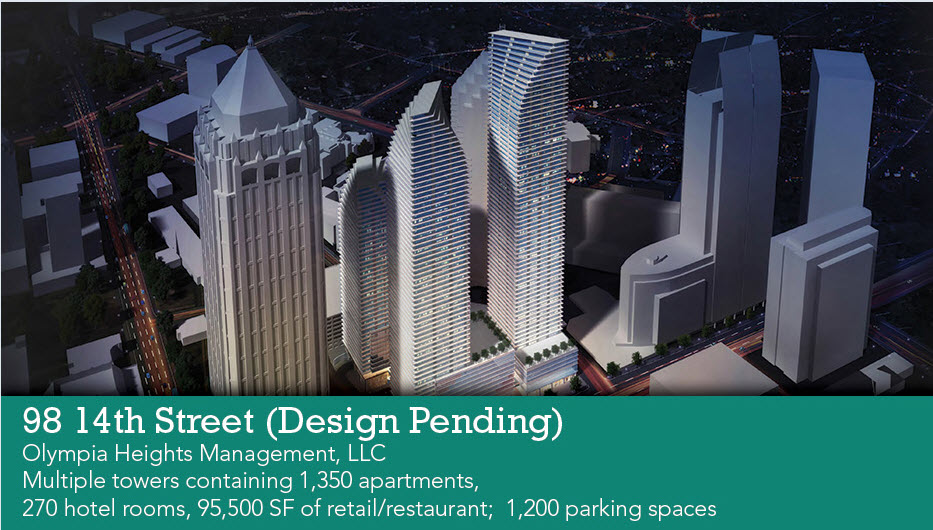 The development group wants to build  THREE towers — rising 60, 57 and roughly 39 stories — with some 1,300 apartments, ( we can hope they would be condominiums) 340 hotels rooms and 90,000 feet of shops and restaurants. as you can see from the initial design, the towers will be rather lack-luster at the street level, but then the upper floors take on a curve up to the flat rooftop. Somewhat creative….if perhaps they started the twist about a third of they way up one, or all of the buildings!

We have experience of buildings being proposed, and then never happening. Two additional towers at Viewpoint Midtown that did not materialize (although Novare Group has just completed SkyHouse South on the site.) Trump Towers. One Museum Place.

If all three towers were built, the projected completion date is 2020, so it would be some time. Hopefully size matters and the tallest, 60 story tower would claim its place on the Midtown Atlanta skyline first. We’ll keep you updated as we learn more about the project. It is considered a regional impact due to the size, so there are additional approval steps to follow.