That’s the billion-plus dollar question for sure…. 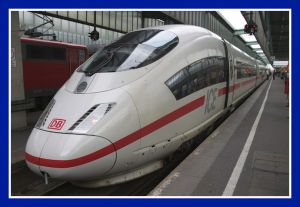 If you are fortunate enough to live in Midtown, you may get more use out of the current MARTA system than others due. If you think about it…if you live in John’s Creek for example, by the time you would drive your car to the Doraville (Or Chamblee) MARTA station, park, and then continue your commute to work via transit, you probably would get there in the same amount of time if you just stayed in your car.

And…what if you live in Duluth, and work in the Cumberland area? Well, you’re just plain out of luck.

I came across this article in the Saporta Report. It talks about the challenges I’ve known for a long, long time. There are to many people (in this case jurisdictions) involved to get anything done on a regional basis. The need for a TRUE regional transit authority and system is really a key to the future of Atlanta. It’s future being you don’t spend 3 hours in your car each way to work if you have to live in the suburbs.

As Brian says in the article, ” Currently a transit line from the Cumberland Business District to Duluth would require crossing four different counties and three different transit systems. First, state funds should be prioritized for regionally-important projects that serve multiple jurisdictions. Even with these bills, the majority of transit funding will continue to come from local sales taxes, and individual counties are unlikely to prioritize projects that span multiple jurisdictions. A transit line from Cobb County to Gwinnett County is incredibly important to the region, but none of the four counties involved can build the project on their own. The ATL should ensure that sufficient funding is available for regionally-significant projects.”

And I’m not forgetting the way-out areas either. Imagine high speed rail from places like Columbus or Macon where people would have a option (and a quick one) to get to Metro Atlanta for work, without having to pay the cost of living in this city. Ah….one can dream right?

The article from Brian Gist, Senior Attorney at the Southern Environmental Law Center can be found HERE.