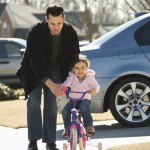 Every city operates in a different way. And Atlanta is…well…no different. If you have ever walked through Historic Midtown Atlanta, you’ve probably noticed some sidewalks that made it less than easy to walk, or push a stroller.

In the City of Atlanta, property owners, not the City, are responsible for the maintenance and repair of their sidewalks. Yep. Pretty amazing way to run things, but that’s how it’s done here in the ATL.

And when you have paid the city for those needed repairs, the City itself has a hard time getting the money? What? Well, it seems money went into the City’s General Fund, and then the General did not like to release it to the people (department) it really belongs to…Public Works. Ah, welcome to city government at its finest.

On Monday, the City Council approved legislation to expand the city’s Sidewalk Trust Fund which will direct monies in the right direction. Ya think?

Hall said, “As soon as I learned that our Sidewalk Trust Fund could benefit from this legislative solution, I was delighted to sponsor the ordinance. Over time, monies accumulated in the fund will allow us to be more proactive when it comes to sidewalk repairs and improvements.”

PEDS , a pedestrian advocacy group has been working with the city on the issue and was in support of Hall’s legislation. “This is an important and much-needed first step toward enabling Public Works to address the estimated $152 million backlog of broken and uneven sidewalks in the city of Atlanta,” said Sally Flocks, President.

Midtown Atlanta is already a great, walkable neighborhood. It looks like walking might be just a bit easier in the future.