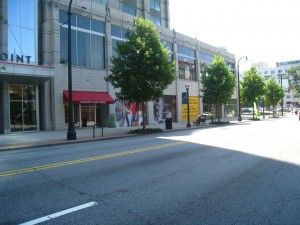 Earlier this week, I attended the Design Review Committee (DRC) Meeting of the Midtown Alliance. This group is the first stopping point for developers looking to bring new projects or make major modifications to existing ones. In my past involvement with the Midtown Neighbors’ Association Board (we additionally reviewed projects but after they had cleared the DRC) projects could see minor, or major changes based on the input of the DRC.

Last night, there was a resounding “YES” to some changes proposed to the street level retail portion of Viewpoint Midtown and a new neighbor as well!

Viewpoint Midtown Atlanta To Get Retail Enhancements and New Neighbor

The combination of residential and retail in a condo building is an interesting mix. In the case of Viewpoint, Robin Loudermilk of Loudermilk  Companies bought out the retail portion of the Viewpoint Midtown condo building. Loudermilk already owned the corner of 7th and Peachtree where the current Starbucks is located.

Loudermilk’s creative (and very well received plan) integrates a new 8- story boutique apartment building on the corner of 7th and Peachtree, along with a new face to the Viewpoint retail space, which basically stretches the entire block to 6th Street. Further, the plans show retail space opening up in Viewpoint on the 6th Street side that is virtually hidden behind a wall at the present time.

One great thing about this plan, is the better accessibility and visibility that will offered to the yet-to-be-leased 2nd Floor retail on the southern part of the building. Access to this area will still be enhanced with an elevator and/or stairs off the newly created parking courtyard on 6th street. 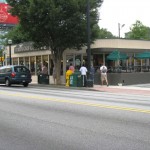 Back on the 7th and Peachtree Street corner…never fear Starbuck’s addicts! Starbucks will RETURN to the new apartment building on the front corner, first floor. During construction of the new building, Starbuck’s will temporarily locate in some of the vacant Viewpoint retail space. The plan calls for some creative connectivity of the existing Viewpoint Parking deck (to be used by the apartment building) and the under construction 100 6th Street Apartments parking deck which will be located along  7th and Juniper Streets.

This project appears to be on a fast track indeed. Midtown residents may remember the historic brick building that was just demolished? When that demolition was underway, Loudermilk said they did not yet know what they were going to do with the site. The plans presented at the DRC were very preliminary, and they expect to be back next month with more formal plans to present.

So what’s the win-win here? 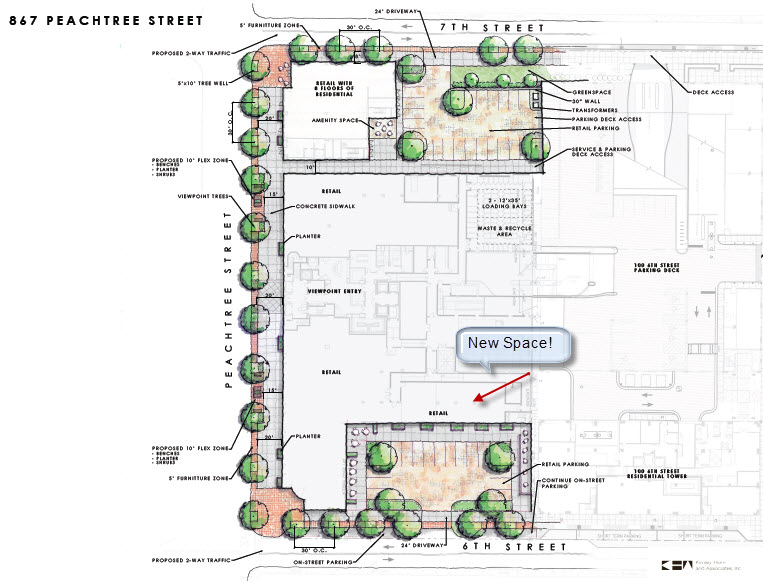