It’s time for us to look over our shoulder at 2010 and see how it compared to 2009 for sales at Plaza Midtown. 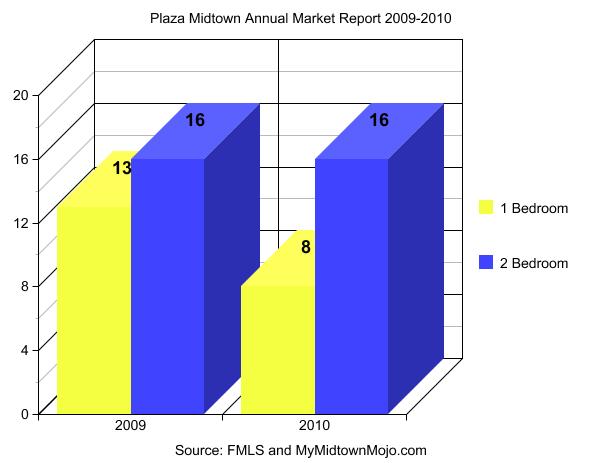 It’s time for us to look over our shoulder at 2010 and see how it compared to 2009 for sales at Spire Midtown Atlanta.

As of today, there are only 12 Active Listings in the building, which is a good sign for Sellers. Not a huge amount of inventory can lead to a quicker sale. However, pricing is important in this market. Metropolis Midtown Atlanta is probably best known as the building that started it all in Midtown Atlanta condominium construction. When first proposed, one tower was to be apartments and one condominiums. The first tower sold so quickly that the developers quickly converted, and sold the second tower as condos as well.

There was much hype as the building was being built, since it was the first new condo highrise to be built in Midtown Atlanta, and talk about the cranes as they lifted trees up to the 7th Floor Amenity Deck.

But the market is taking its toll on Metropolis Midtown Atlanta as it is on many others! Here’s a look at what October, 2010 had to say…

Pending Listings: 4 homes are Under Contract. Two of these are foreclosures, and one is not. One is a short sale, and it went Under Contract in August, 2010 with a proposed closing date of February, 2011!!! Yikes!

Follow this link for more information about Metropolis Midtown Atlanta.

If I can assist you with finding a home in this building, or any of the Midtown Atlanta and Buckhead condominiums, please contact Thomas Ramon Realty! 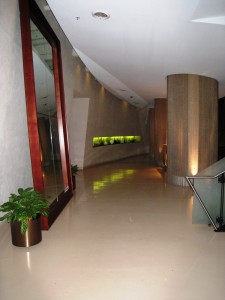 The condo market in Midtown continues to struggle along as we work our way out of the real estate (___________)whatever you want to call it. And as we look at stats for individual buildings, it show the challenges we have.

June, 2010 saw a 100% increase in sales….to TWO homes sold! Hey, it’s an upward trend and that is what we want to see in real estate. And those two sales had an average sales price of $288,500 another upward trend.

There are currently 12 homes listed at 805 Peachtree Condominiums with the lowest priced home at $215,000 and the highest price at $995,000. Note that this is one of the 4 penthouse units in the building (and quite a home I might add!) The average list price in the building (excluding the penthouse) is $293,963.

For more information about 805 Peachtree Condominiums, give Thom a call at 770-713-1505. If you are looking to sell your home, we would be happy to discuss our marketing plan with you!

We will also have a page here on our site for 805 in the coming weeks! It will feature a detailed description about the building, amenities, location, and you will be able to see all the listings currently available in the building. 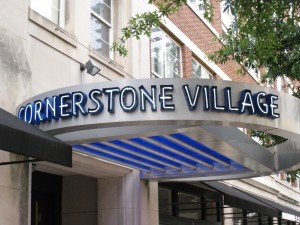 While Cornerstone Village offer both newer, modern soft-loft condos, the community also has two buildings that were built in the 20’s and 40’s that offer condominiums with all the modern conveniences, yet inside historic buildings.

Over the past couple years however, the community’s sales and prices have taken a tumble. If they rebound in the coming years, there are certainly some incredible values to be had in this building. While the below graphs reflect activity for 2007-2009, sales and prices in 2010 have remained depressed. An additional challenge for Cornerstone Village remains with the lack of FHA approval for financing. 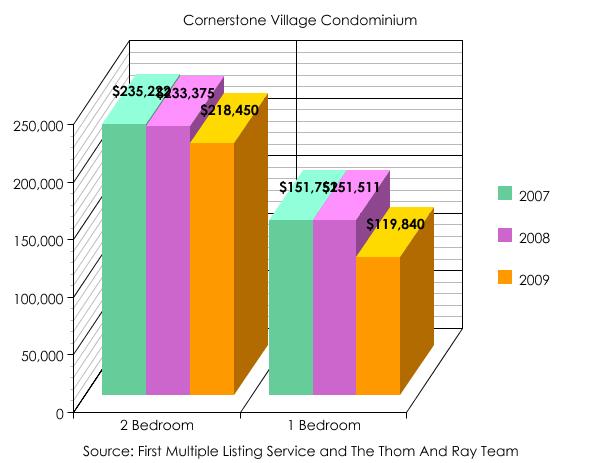 If you are considering Buying at Cornerstone Village Midtown Atlanta give us a call!  There are some great prices in this building right now, and “should” make a good long-term investment. If you have a student attending GATech, this can be a great housing option without paying rent!

As I prepared this report, it further proves how “local” real estate really is. If you recently read the AJC, they painted a rather gloomy picture of the real estate market. But that assessment was for what….13-15 Metro counties combined? Ok, so if you want to look at the big picture, it could present something not so pretty.

But, I like to focus on the market that you and I live in…Midtown Atlanta. And with that, I can say that in comparing March 2009 to March 2010, there is light at the end of the tunnel. Ok, not a spot light, but at least it’s light.

Or, if you like to look at the number in a graph comparison… 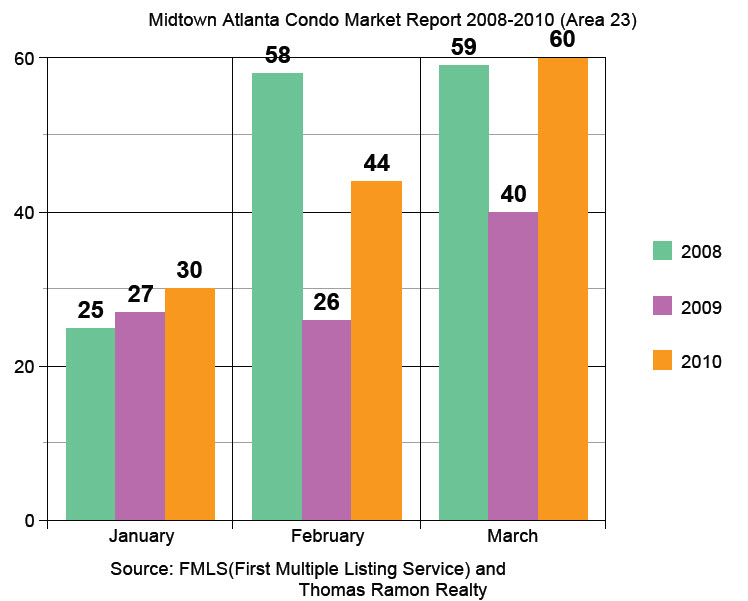 If you are considering buying or selling a Midtown Atlanta condominium, why not call the Midtown Experts! We would be happy to sit down and discuss the market with you. And if you are in a position that you may have to do a short sale, we are here to help you with, and through that process.